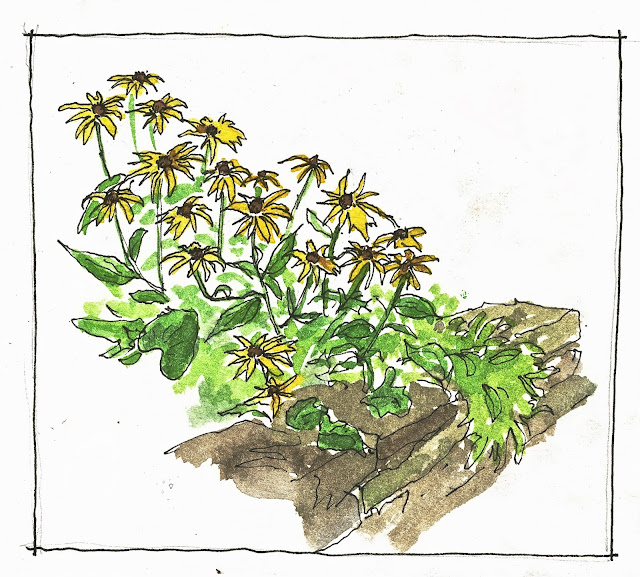 Most of the flowers in the garden are past thier bloom, except for these brown-eyed susans whci seem to just keep comming.

I've been experimenting with some "artificial" paper called Aquarius II, made by Strathmore, that I learned about from one of my Urban Sketcher mentors, Marc Holmes.  I like it in terms of how is smooth for inking and it doesn't buckle, but you need to use very strong colour as it soaks up the paint and fades a fair bit.
Posted by John Wright at Saturday, August 24, 2013 No comments:

A Pair of Fiats 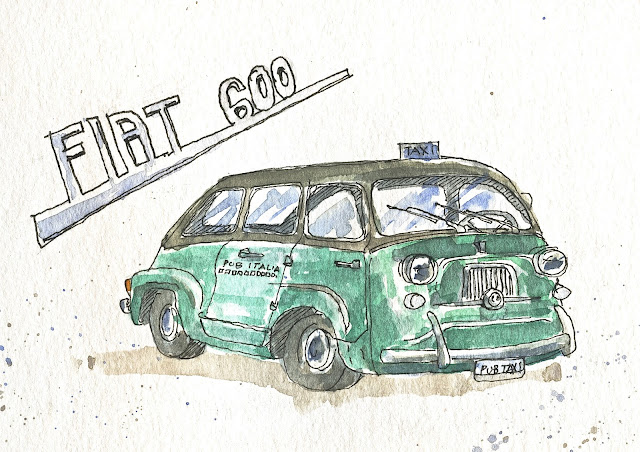 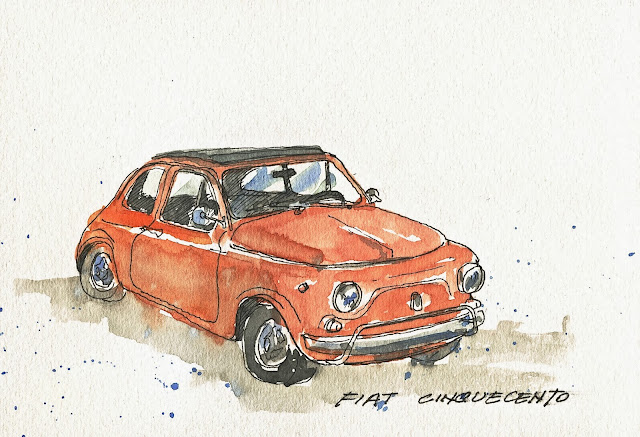 On the way back from the construction site the other day I thought I'd go to Pub Italia on Preston Street to draw the great little Fiat 600 Multipla there.  On the way I spotted an original Cinqucento (500) and knew I was onto a theme.  The only thing better would be to have a new 500 beside the old one.  Just like the Mini's it's a surprise to see how much small the originals cars were. 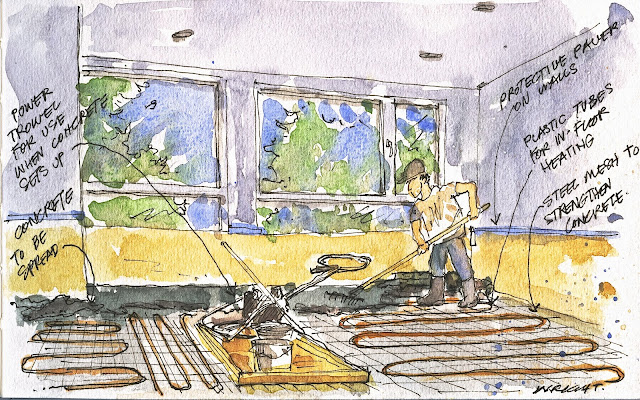 Yesterday was a big day on the Parkview project.  The street was closed to allow a big concrete pump truck to set up to place concrete in the next two foundations and floors in unit 3.  The floors will be heated by hot water circulating through a series of looped plastic embedded in the concrete.  yesterday the pumper delivered concrete through a window on each level where it was spread, levelled and then power trowelled.  In a couple of weeks it will be honed, but even today they look fantastic.

The next operation was placing the concrete in the Insulated Concrete Forms (ICF)  forms for unit 2 and 5's foundations.  This was a little nerve-wracking as they are at least 10 feet high and if done to quickly could potentially burst open.  They were well braced and by placing a 4 foot lift first and letting it set a little, the forms were able to accept the second, top-up lift.
Posted by John Wright at Thursday, August 15, 2013 No comments: