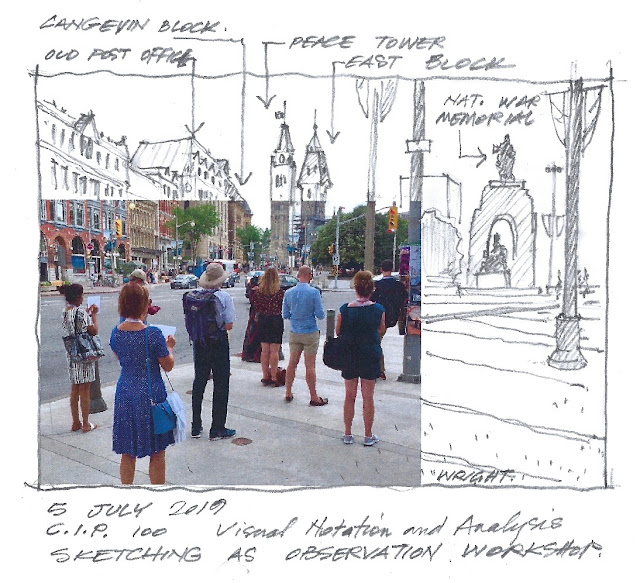 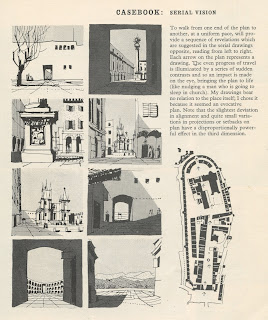 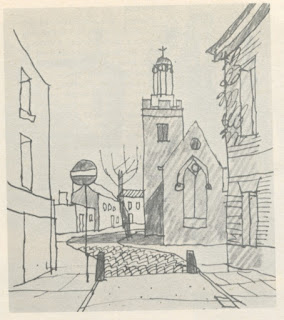 Canal Houses - Neither Plumb Nor Square 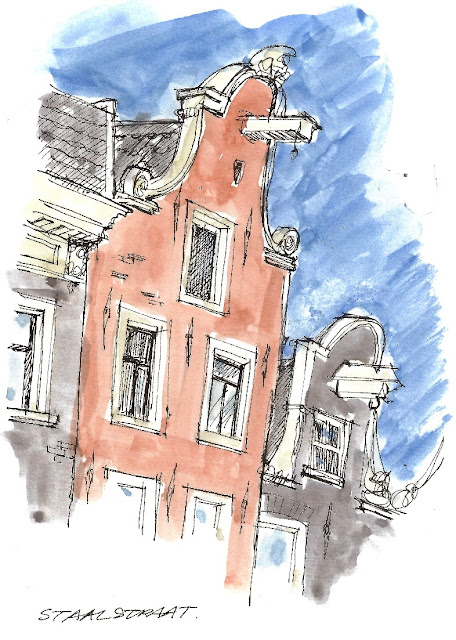 Walking along the canals of old Amsterdam I did notice the odd building that had settled or was crooked relative to its neighbour, then noticed that there was a consistent lean or rake forward.  I assumed it was settlement as the wooden piles were centuries old and must rot at some point.

The Google informed me that this forward lean was intentional, even mandated by the City and that the purpose was to provide clearance when hoisting material up to the attic or lofts of these merchant houses.  I would have thought a longer beam, overhanging gable or corbeled brick would have been the solution,

The next observation, when drawing eh hoist beams was that they were often skewed to the face of the building, which upon looking into the windows was because often the face is not square to the walls.
So neither plumb nor square - demanding carpentry. 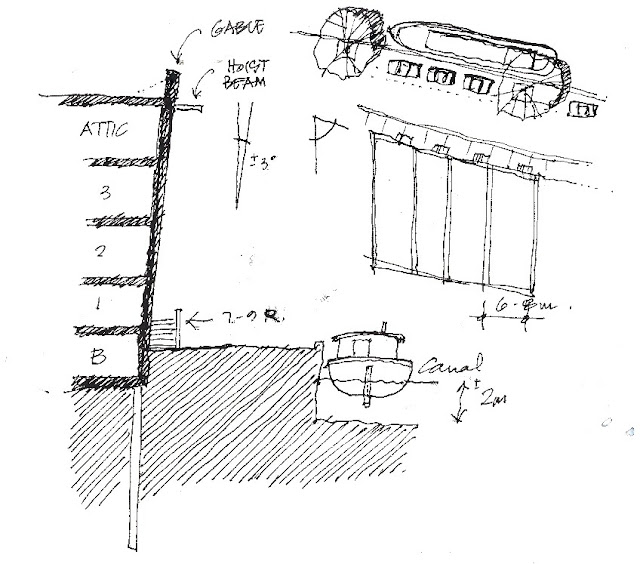 Fresh Produce, All The Way From Zwolle 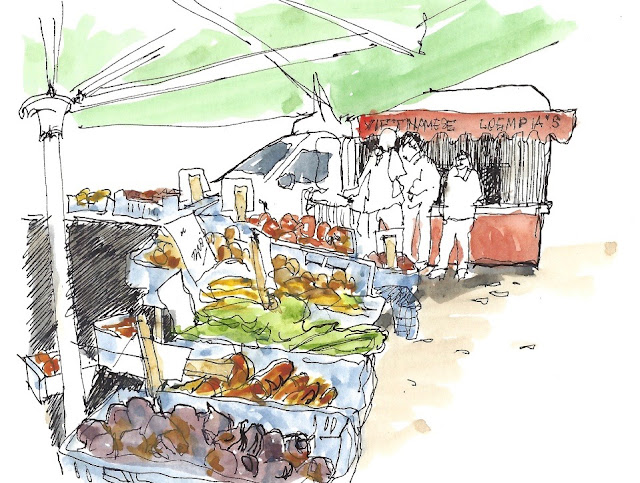 It was a bit of a frustration to see all the fresh produce at the farmers market in Zwolle and have no practical need for produce, let alone bedding plants, 10km cheese wheels or annuals, but I guess with the sketches I have managed to bring some home.

There wasn't much composition. required here, other than not filling the page, once I spotted the wedge shape I was looking for. The other subtly to this compositional technique of leading the eye and dark darks, is selectively changing some colours, such as the umbrella from orange to green to provide some contrast with the food truck.  This is new to me as I've been slavish in trying to be accurate, but I've given myself licence to make those adjustments - even moving or deleting some elements.  I'm just hoping no one accuses me putting forward alternate truth!
Posted by John Wright at Monday, July 01, 2019 No comments: