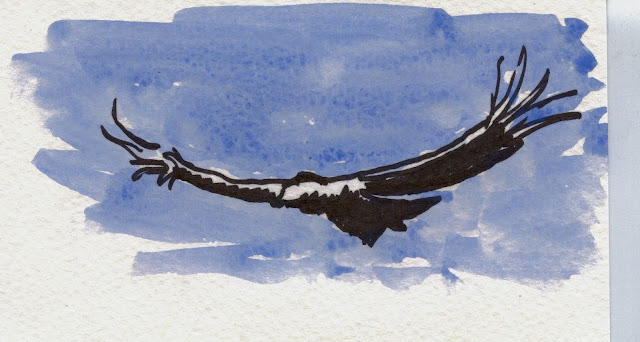 At Machu Picchu, I learned that the Condor was revered as a messenger to the Gods as they flew so high.  And like Zoroastrians and Tibetan Sky Burial, the bodies of the deceased were put out for Condors, in the belief that the person's soul would be delivered to the afterlife.
Posted by John Wright at Monday, December 21, 2015